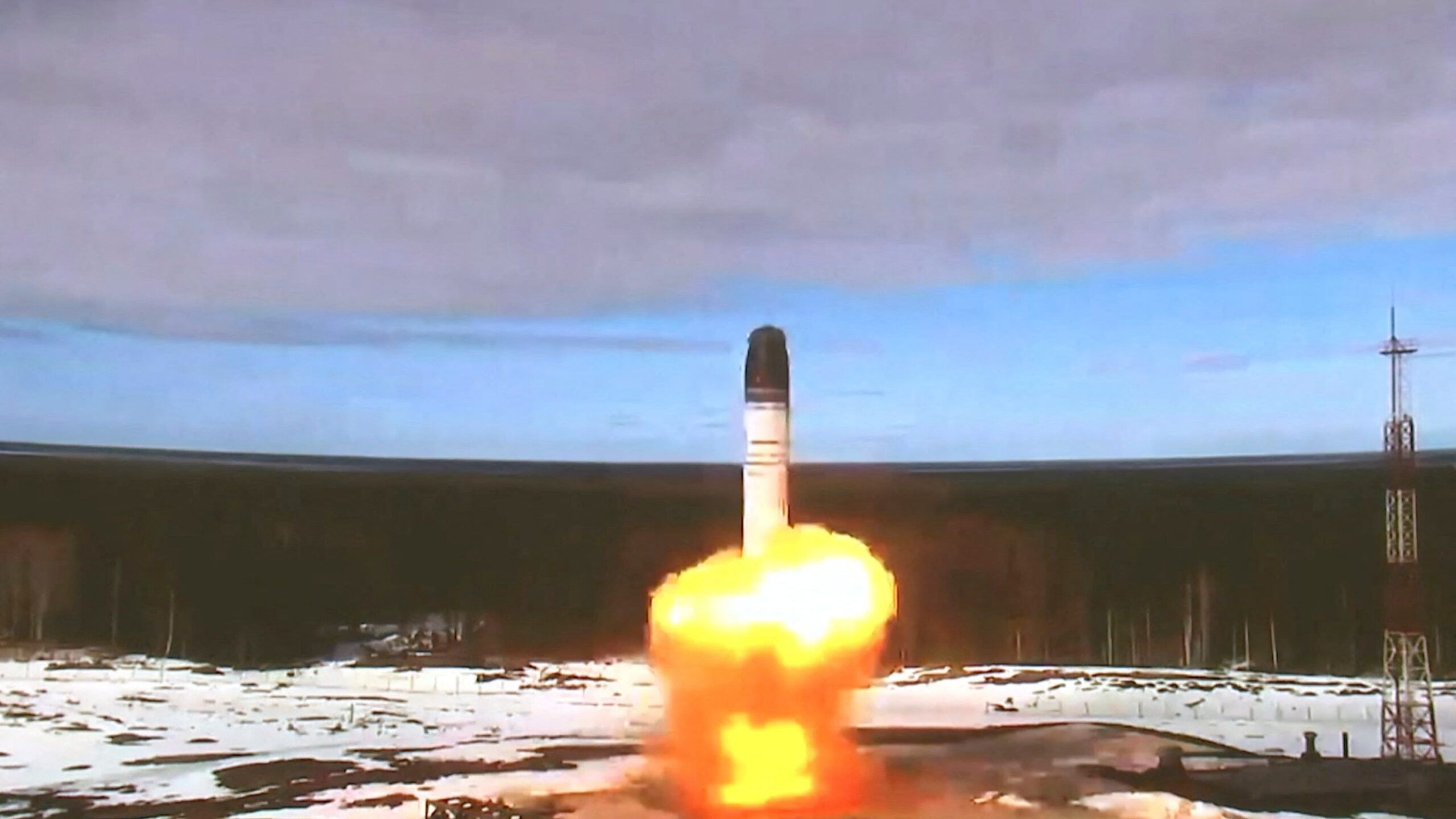 The Sarmat dubbed Satan 2 by Western analysts is among Russia’s next-generation missiles that Putin has called “invincible”, and which also include the Kinzhal and Avangard hypersonic missiles.

Last month, Russia revealed that it used Kinzhal for the first time in warfare to strike a target in Ukraine, where Russian troops have been engaged in a special military operation since February 24.

In televised remarks on Wednesday, Putin congratulated the army upon the successful launch of the Sarmat intercontinental ballistic missile.

“This truly unique weapon will strengthen the combat potential of our armed forces, reliably ensure the security of Russia from external threats and make those who, in the heat of aggressive rhetoric, try to threaten our country, think twice,” said Putin.

Russia’s defence ministry also said in a statement that the test which took place at the Plesetsk Cosmodrome in northern Russia was successful.

According to the ministry, the missile delivered training warheads to the Kura test range of the Kamchatka peninsula, in Russia’s Far East.