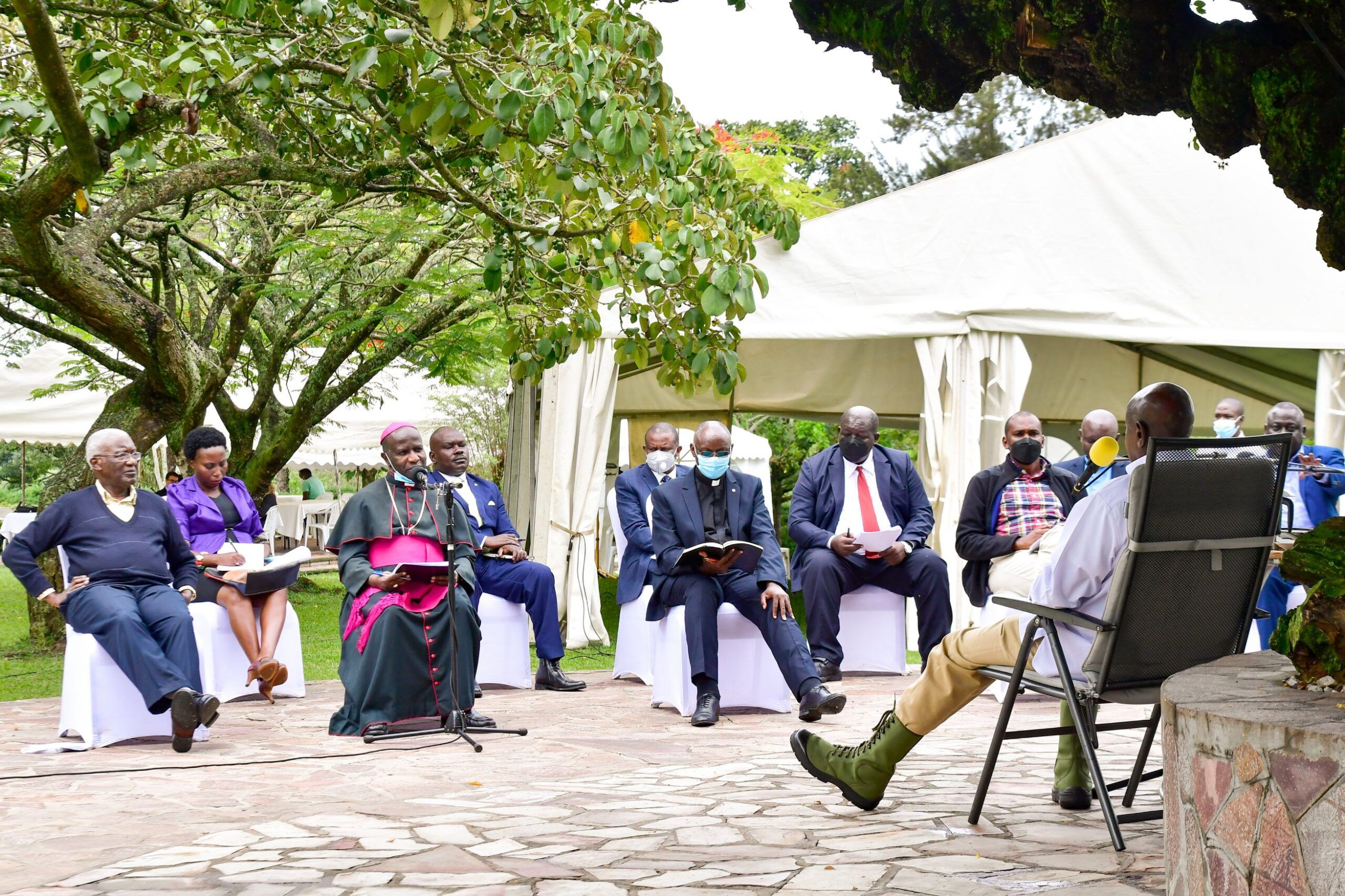 The president made this promise on Wednesday afternoon during a meeting with leaders from Kabarole and eminent members of the Fort Portal Catholic Diocese at his country home in Rwakitura, Kiruhura District.

The delegation that met and held discussions with the president was led by the Minister of Tourism, Hon. Tom Butime, Bishop of Fort Portal catholic diocese, Rt. Rev. Robert Muhiirwa, Minister of Agriculture, Hon. Frank Tumwebaze (who is spearheading the mobilization exercise), the MP Fort Portal central Division, Hon. Alex Ruhunda and Monsignor Isaiah Mayombo among others.

“I am going to give you Shs1 billion for the two, i.e. the cathedral roof and Martyrs Day preparations. As a custom, the celebration of this noble event is preceded by numerous preparations with spiritual and material mobilization,” said Museveni.

“Thank you Excellency for giving us an opportunity to meet and share with you issues of Fort portal diocese and Toro development in general. And thank you again sir for your support of UGX 1b towards Virika Cathedral Renovation and preparations for Celebration of martyr’s day at namugongo,” said Hon. Tumwebaze via his Twitter handle.

Robert Muhiirwa, the Bishop of Fort Portal Diocese, appreciated the President and revealed that the budgeted UGX1bn will cover a range of activities including liturgy, finance, protocol and security, catering, transport, construction, and decoration.

The celebrations shall be under the theme, “Baptised and sent to witness Christ with love and hope Mathew. 28:19, Romans. 8:35” which is a reflection of the way the martyrs died; they were men of faith baptized with water, but some were not yet baptized (baptism of blood).