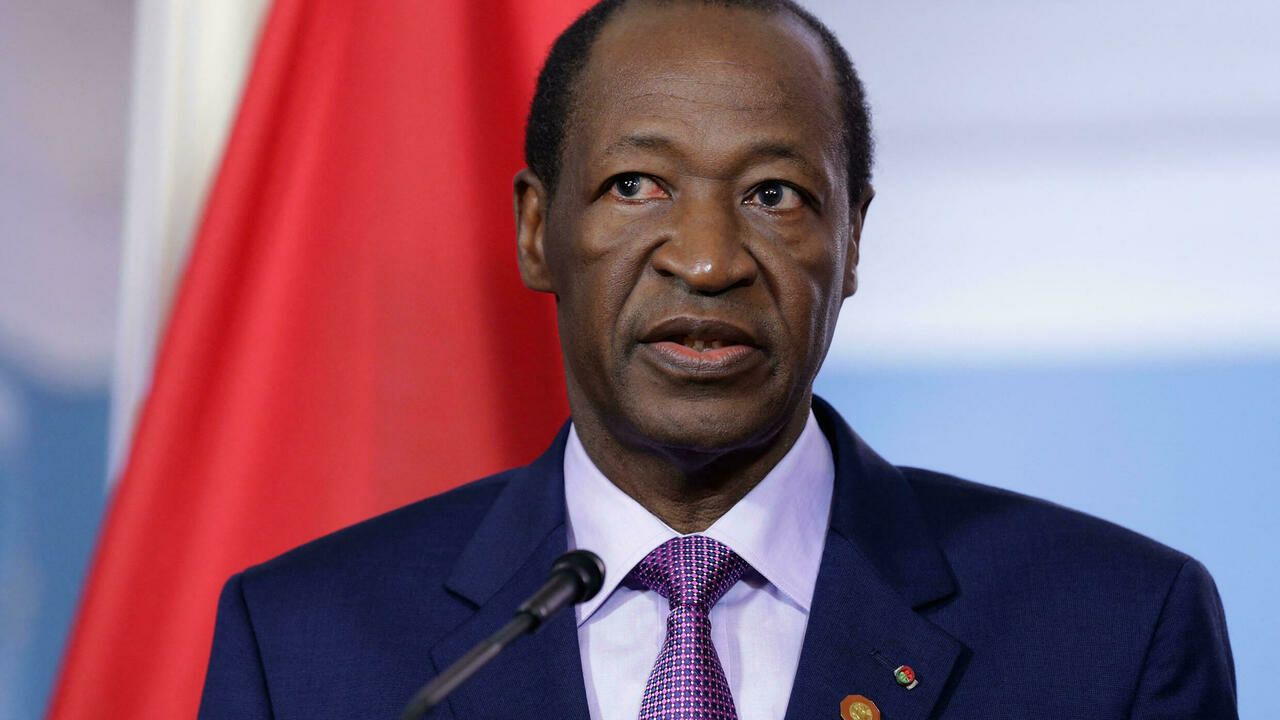 Military tribunal in Burkina Faso has sentenced former President Blaise Compaoré to life imprisonment in absentia for his role in the assassination of his charismatic predecessor, Thomas Sankara.

The pair had been close friends and had jointly seized power in 1983.

After seizing power at the age of just 33, the Marxist revolutionalist came to be known by some as “Africa’s Che Guevara”.

Sankara set an ambitious social and economic program that sought to fight corruption, improve health-care and education, promoting women’s rights through reforms like ending polygamy and female genital mutilation, and inspiring leaders across the continent.

Sankara remains a hero for many across Africa and beyond because of his ardent support for independence from colonial rule in Africa, coupled with anti-imperialist attitude and simple lifestyle.

In 1987, four years after he took power in a coup, Sankara, (37) was gunned down along with 12 colleagues in the west African nation’s capital, Ouagadougou, during the coup d’état that brought Compaoré to power.

The prosecution said Sankara was lured to his death at a meeting of the ruling National Revolutionary Council.

He was shot in the chest at least seven times, according to ballistics experts who testified during the trial.

Fourteen people were in total charged for Sankara’s killing in the trial, which began in October, 2021.

Sankara’s widow, Mariam Sankara, who attended the trial throughout, said the verdict represented “justice and truth”.

“The judges have done their jobs and I am satisfied. Of course, I wished the main suspects would be here before the judges,” she told the Associated Press. “It is not good that people kill other people and stop the process of development of a country without being punished,” she added.

“Today, I am very proud to see the culmination of a legal battle of almost 30 years, proud to have a country where justice works, This verdict will give many people cause for thought,” said Guy Herve Kam, a lawyer for Sankara’s family.

Compaoré ruled for 27 years before being ousted in a coup in 2014 and fleeing to Ivory Coast, where he still resides. He previously denounced the trial by a military court as a political sham.

Whether Compaoré will serve his sentence any time soon is still a question of debate as he has lived in exile in Ivory Coast since he was removed from office following mass protests in 2014, and has taken up Ivorian nationality.

Ten of the charged were found guilty, including Compaoré’s security chief, Haycinthe Kafando who has been on the run for several years and was also tried in absentia. He too received a life sentence as he was accused of leading the hit squad that killed Sankara.

Gilbert Diendéré, one of the commanders of the army during the 1987 coup and the main defendant who was actually present at the trial, was also sentenced to life. He has been serving a 20-year sentence for a coup attempt in 2015.

Eight other defendants received sentences ranging from three to 20 years, while three defendants were acquitted.