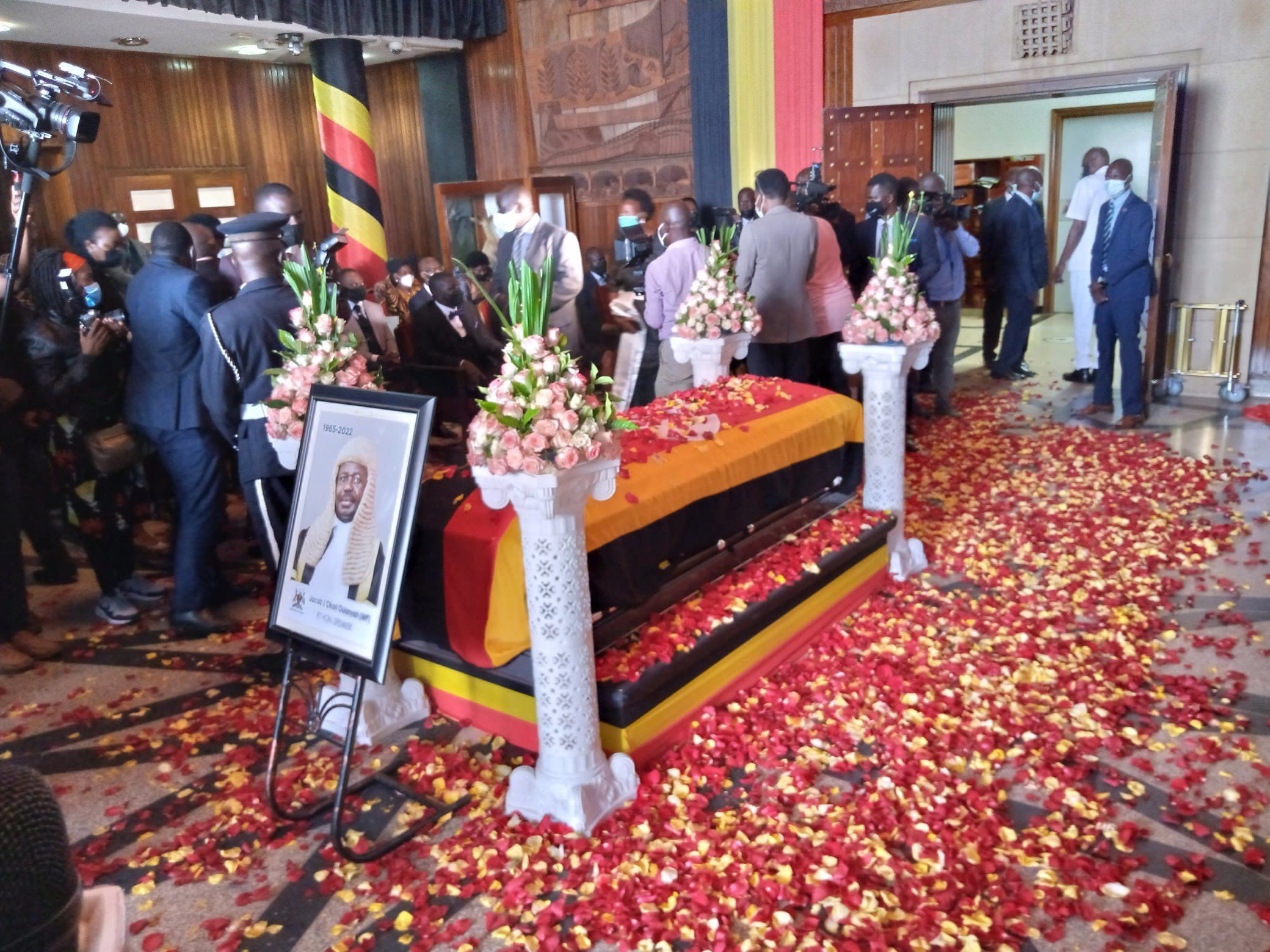 Government of the Republic of Uganda has released UGX 1.2 Billion to Parliamentary Commission for burial arrangements of Late Speaker Jacob Oulanyah.

Chris Obore, the Director of Communication and Public Affairs at Parliament, has confirmed the development saying the Finance Ministry has released the money, adding that the newly elected speaker Rt. Hon. Anitah Among and clerk to Parliament Adolf Mwesige have joined efforts to support the National Organizing Committee to ensure the send-off of the fallen speaker is decent.

Following a public outcry, government cut the budget from UGX 2.5 billion to UGX 1.8 billion, down to UGX 1.2 billion whose receipt has been confirmed.

Anthony Akol, the Kilak North MP, and Chairperson of the Acholi Parliamentary Group revealed that the situation has been frustrating and with too much pressure from the district organizing committees in Lalogi village, whereby they resorted to using their own money to facilitate some of the activities on the ground.

Akol revealed that Acholi MPs have been contributing at least UGX 2 million to facilitate activities like the Bwola dancers who have since pitched camp in Kampala.

On Wednesday there will be a state funeral for Oulanyah at Kololo ceremonial grounds and on Friday, April 8 the burial will be held at his ancestral home at Lalogi village in Omoro district and the day will be observed as a public holiday.