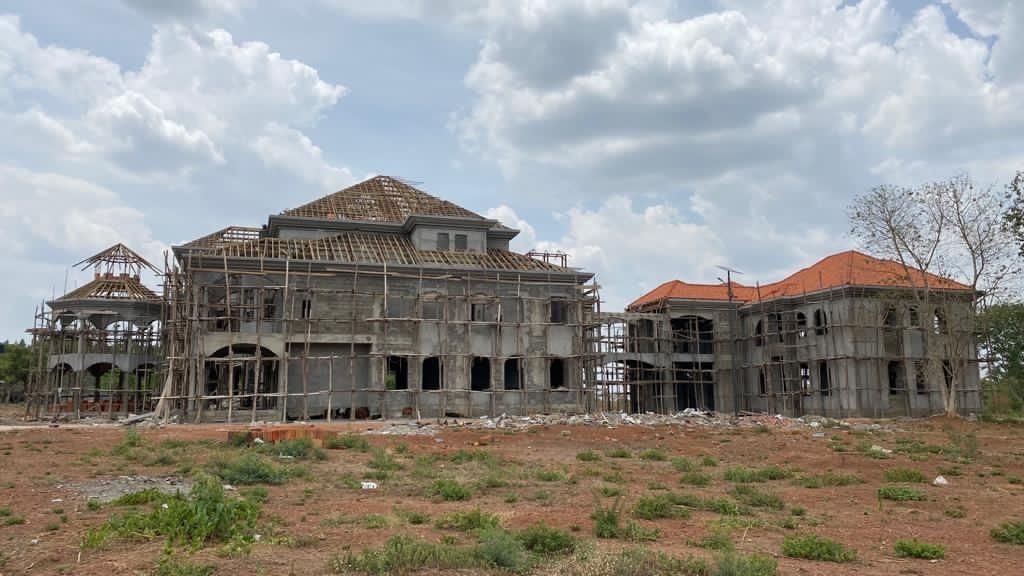 Oulanyah’s family to enjoy several benefits, UPDF takes on construction of his house

Douglas Peter Okello, the chairperson LCV Omoro district, said they are hoping to ensure that the body is housed in the mansion, in a presentable condition, as the funeral ceremonies are underway toward April 8th when his body will laid to rest.

The Acholi parliamentary caucus has through Lillian Aber, the Kitgum Woman MP refuted media reports that the unfinished country home for the late speaker Oulanyah is hampering the return of his body from the United States of America.

Meanwhile, the law under the 2011 Parliamentary Pension’s Amendment (No.2) Act stipulates a number of benefits the spouse of the speaker will enjoy following his demise.

According to Parliamentary Pensions (Amendment) Act 2011, schedule 4(c) the spouse of or spouses of the speaker is entitled to a monthly allowance equivalent to 60% of the monthly allowance payable to the deceased speaker.

She is also entitled to a one four-wheel chauffeur driven car with a cubic capacity of 3500 to 4000, two security guards and two domestic staff.

The spouse of the late speaker is also entitled to a health insurance policy of up to fourteen currency points per month. According to the act, currency point is equivalent to twenty thousand shillings which means the spouse will get UGX 280,000 as monthly insurance.

The Parliamentary Pensions Act, 2007 section 16 (a) (b) provides that “where a member dies when he or she is not eligible for pension under this act, his or her spouse or children shall be paid; a refund of the contributions calculated with interest and a gratuity amounting to two years annual salary based on the last salary earned by the member before his or her death.”

56 year old Oulanyah was last week announced dead by President Museveni from a Seattle based hospital in the United States where he had been admitted since February.

Government has through National Organizing committee revealed that the body of the deceased will land at Entebbe International Airport on Friday 1st April.