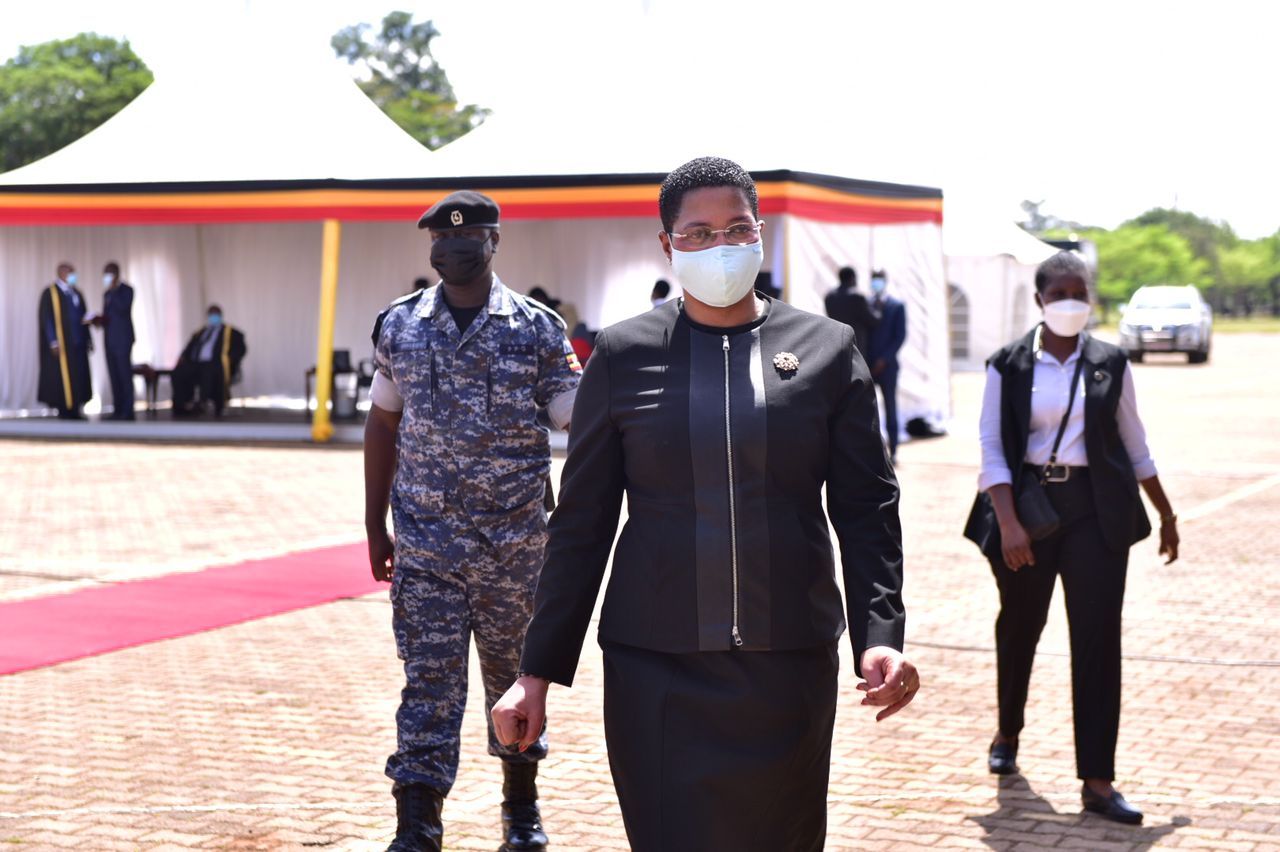 Bukedea District Woman MP and former deputy speaker of 11th parliament, Rt. Hon. Anita Annet Among has on Friday been duly elected Speaker of the 11th parliament of the Republic of Uganda.

In a special sitting that took place at the monumental Kololo Independence Grounds, a total of 468 MPs voted, NRM’s Anita Among garnered 401 votes while her rival, opposition-backed Hon. Asuman Basalirwa got 66 votes and one Invalid vote was registered.

The ceremony that was graced by President Museveni, Chief Justice Alfonse Owiny-Dollo, members of parliament and several other dignitaries saw Hon. Anita Among become the second female post-independence Parliament Speaker as declared by the Chief Justice.

Among was on Wednesday endorsed by the National Resistance Movement (NRM) caucus after the Central Executive Committee (CEC), the top organ of the party nominated accepted her candidature in the speakership race.

“In Hon. Anita Among, we have a leader who’s tested. Her manner in handling Parliament is beyond reproach. It’s on record that Anita has presided over programmes intended to help the poor. Memebers, I seek your support to vote Anita” said Rt. Hon. Robinah Nabbanja upon nomination.

“I thank all MPs who have taken time to be part of this democratic process. I appreciate the 66 members of Parliament that have bestowed upon me the title of shadow Speaker, although it’s not provided for in the rules of procedure,” said Asuman Basalirwa as he conceded defeat.

The position of the Speaker fell vacant following the demise of the Speaker Jacob Oulanyah who died on 20th March 2022 in Seattle, USA where he was admitted in February this year. Oulanyah’s body is expected to be repatriated this week.