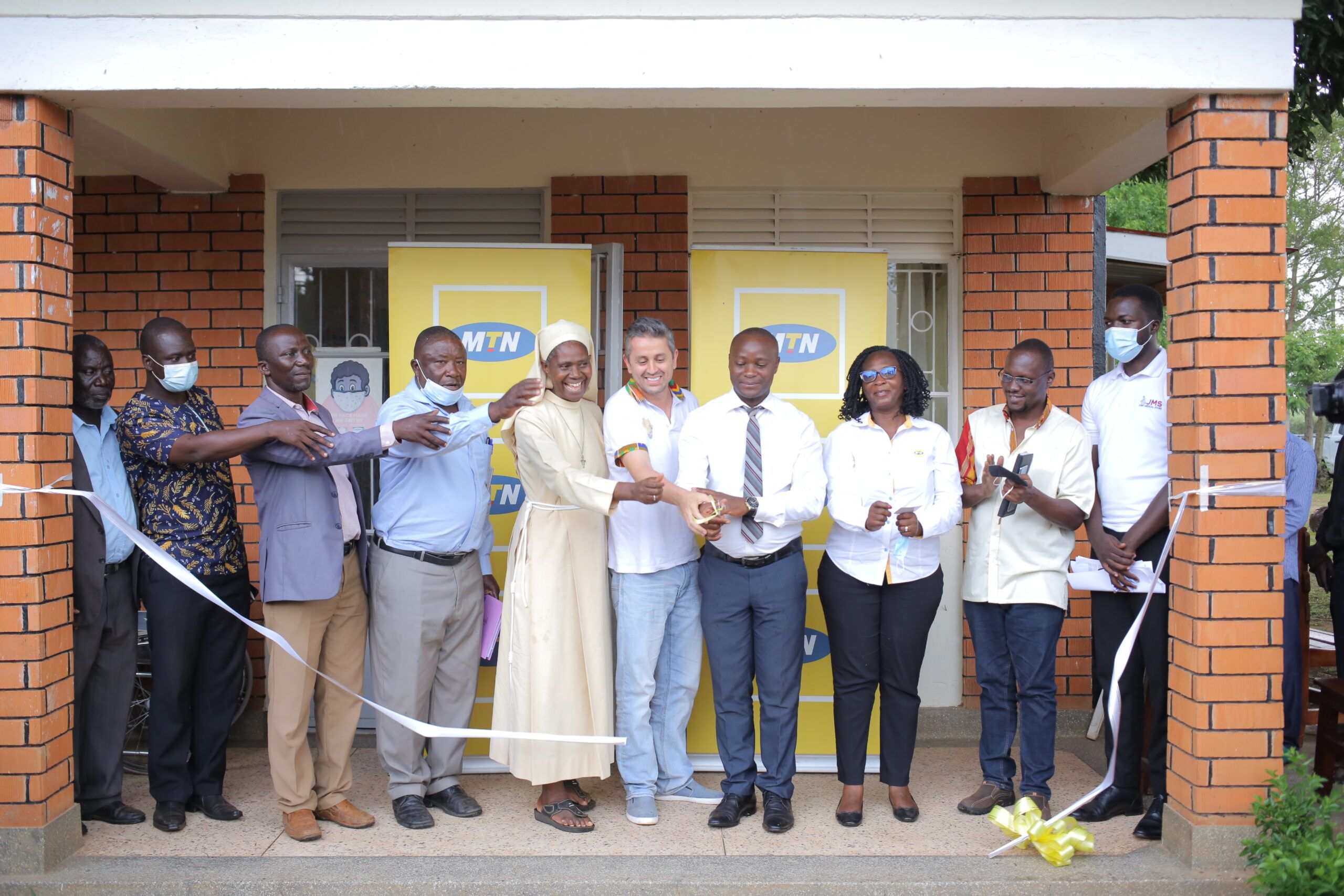 MTN Foundation, through Joint Medical Stores in 2020 refurbished and equipped Mother Kevin health centre III which had been non-operational for 10 years, due to lack of medical equipment and it is now set to kick-start operations at the facility.

Through this project, MTN Foundation also constructed sanitary facilities such as a placenta pit and lavatories for the health centre. The laboratory, post natal ward, store and doctor’s room were among others also equipped.

Speaking during the official handover of the facility held today at Mother Kevin health centre III in Kamuli, the MTN General Manager for Customer Experience, Dorcas Muhwezi said that the project was driven by the telecom’s vision to improve the livelihood of the communities in which it operates.

“MTN sought to empower the hardworking staff of Mother Kevin health centre III in order to provide safe and quality health care to the people in Kamuli and the surrounding districts. This initiative supports our commitment to improving the livelihoods of the communities in which we operate,” said Muhwezi.

Robert Mutemo, the Resident District Commissioner, Kamuli district, applauded the MTN Foundation for the impact that it has created in the district saying MTN has over the years continually demonstrated a fondness for the Busoga sub-region through the numerous donations and CSR activities undertaken to improve the livelihood of the people in Busoga.

In 2020, MTN also signed a 2-year partnership with the Obwa Kyabazinga bwa Busoga Kingdom worth UGX 600 million with focus on the kingdom’s social, cultural, and economic programs in the areas of health, sports, and culture.