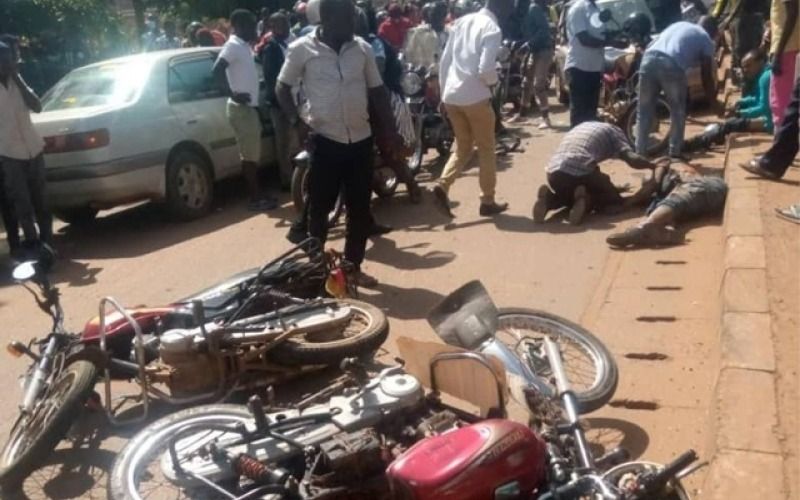 Police in Sembabule district is searching for unknown people who beat to death one person identified as Semwogere Anus (24).

It is alleged on Sunday evening, the OC station Asp Hiduja received information that some people were beating a thief. The OC dispatched a team but upon arrival at the scene, they only found the body of the deceased.

The police were reportedly informed that the deceased had stolen a motorcycle Bajaj boxer from the playground in the district. Upon realizing that the motorcycle was missing, the owner informed his colleagues and the Tugende Company which had loaned him the ride and they started tracking it.

The owner together with other Boda Boda riders followed the thief and caught up with him just after Kidadala trading centre where they beat him to death.

The officers picked the body and conveyed it to Ssembabule health centre IV for Postmortem.

According to Muhammad Nsubuga the Masaka regional police spokesperson, the deceased was given Bail on 10th March for similar charges of stealing a motorcycle.