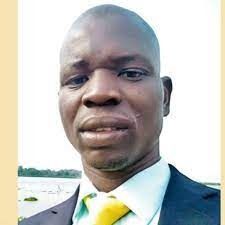 Two charcoal dealers from Mbale district identified as Ali Mundara and his wife, Ms Jessica Nabwire, accuse Mamawi of waylaying a truck along Mungula road in Adjumani town and forcefully taking away 60 bags of charcoal.

The couple told police that their truck was on March 10, 2022 stopped at a roadblock staged by the legislator as they approached Adjumani Town at around 4am before the MP confiscated the car keys from the driver.

“Even when we showed him our valid license issued by the district’s forest department, the MP who was in the company of two others, went ahead to open the back of the truck and started pulling out the bags of charcoal, accusing us of illegal trade,” said Mundara adding that the accused then made an alarm that attracted several locals who looted 60 out of 250 bags of the charcoal bags before the police intervened.

On March 13, police in Adjumani district summoned Mamawi to answer to the accusations.

When contacted, the MP however denied any involvement in the theft of the bags of charcoal.

“They refused to comply when I politely asked them to produce their trading license. They instead ordered their accomplices to manhandle us and in the ensuing fracas, two boys were badly injured. That is when the community came in and others raided the bags of charcoal,” Mamawi told journalists.

In 2016, commercial charcoal business was banned by the Adjumani District council following massive illegal charcoal trade and mass deforestation of the area.

However, given to the increasing trend of the illegal trade in charcoal and timber, the law enforcement unit of the district is presumably struggling to enforce the ban.

Benon Byamukama, the district police commander, told journalists that a case of theft (SDR: 39/10/03/2022) was registered against the legislator by the two charcoal dealers from Mbale District, adding that investigations into the case were underway.