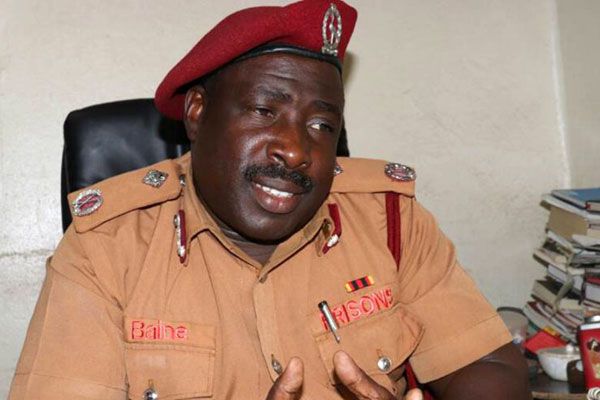 An ex-convict identified as Kombozi Behangaza, (28) has accused the Uganda Prisons Service of not paying him his earnings over the last 14 years.

Behangaza was convicted for rape in 2012 and sentenced to 14 years imprisonment which he spent at Bulawula prison in Kayunga district.

Behangaza who says he worked on both private and gov’t farms claims he was to be paid 500 shillings for every day he worked.

Frank Baine, the Uganda Prisons Service-UPS spokesperson explained that skilled prisoners are entitled to 500shs, semi-skilled prisoners 250shs, while unskilled earn only 100shs per day of work which is all recorded in the prisoners’ logbook.

Baine added that upon release the prisoner is entitled to a transport fare by public means back to the point of his arrest.

Behangaza says he was demanding UGX 1.4m but he was given only UGX 40,000 to transport him up to Katuna in Kabale district which was also not enough. He says he hoped this would be the money he would invest to start over and not engage in crime when he eventually got out of prison.

Behangana added that even the farming equipment he was entitled to including a hoe, maize grians, a panga, an axe which is given to support the prisoners to start over was never given to him to which Baine responded saying it is upon the discretion of the Officer-in-Charge and on the goodwill of the commissioner general but not a must.

Behangaza, is currently stuck in Kampala but hopes to return home to Katuna in case he is paid.