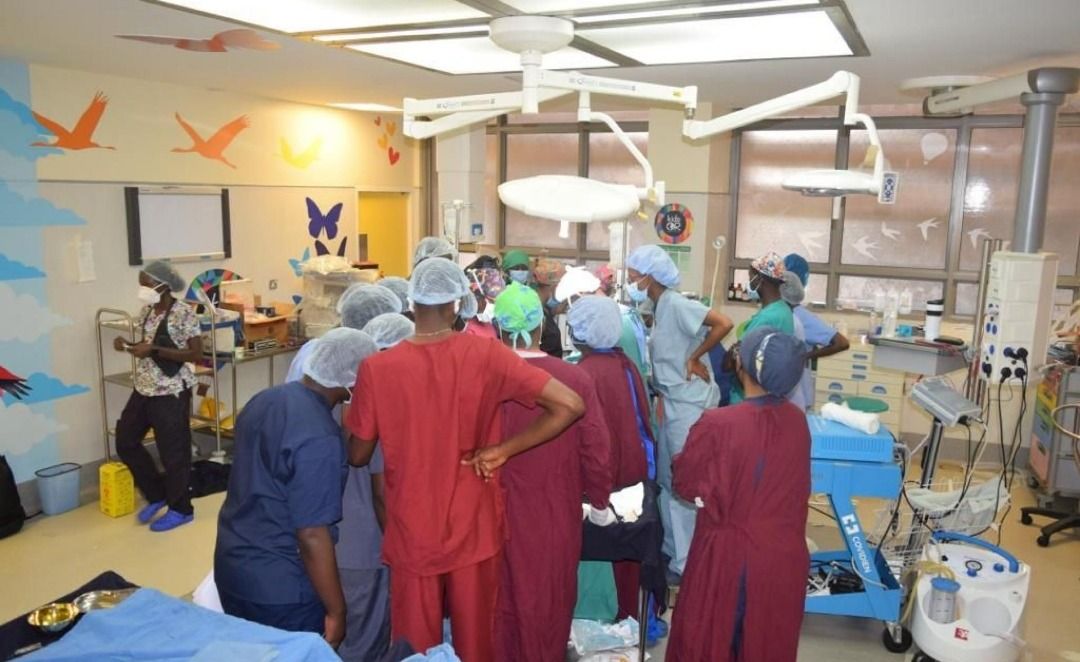 Written by kazofm.admin on March 2, 2022. Posted in National, News.

A group of about 25 specialists at Mulago National Specialised Hospital led by Dr John Sekabira; a senior consultant paediatric surgeon, have successfully separated another pair of conjoined twins.

The twins were born in December 2021 to Moses Talemwa, 26, and Hellen Kugonza, 25, both residents of Bulinda Village in Hoima District. The twins who were co-joined at the chest, abdomen and also shared a liver were referred to Mulago hospital by Hoima Regional Referral Hospital and on December 13, 2021 they were received by the Mulago Hospital team when they were only two days old.

Before the surgery, the twins were put on a specialized diet to gain weight that would withstand the procedure.
“They were fed on special milk and by the time they were two months, their combined weight was 8kgs which was very commendable,” he said.

Dr Sekabira revealed that the surgery took about five hours after which they were then taken to the intensive care unit where they stayed for two days before being taken back to the ward adding that the babies have since stabilized and are feeding well.

Dr Rosemary Byanyima; the deputy Executive Director of Mulago hospital, said they have trained people in different specialities, including paediatric surgeons, to handle such cases of offering specialised surgeries and care.

“We have over time carried out separation of such twins. This kind of care has been possible because through the renovation, re-equipping and remodeling of the hospital sponsored by the government of Uganda. The theatre and intensive care are well equipped and even the wards have been remodeled to take care for such cases,” she said.

Dr Byanyima, however, called for more financial support from government to enable specialized and timely services adding that in the just-concluded surgery the hospital had to spend up to about 21 million Shillings.