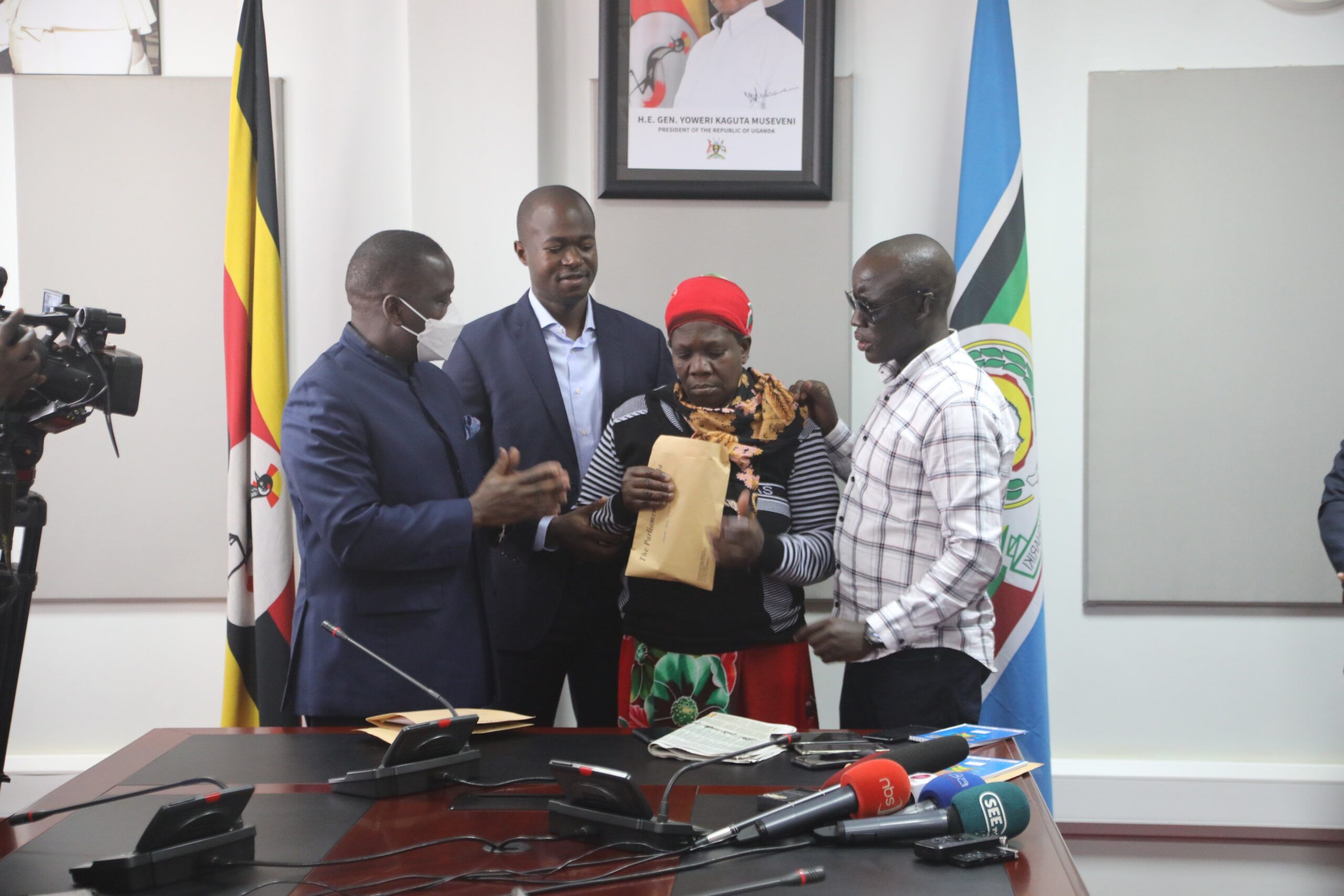 Hon Ssewanyana, (NUP, Makindye Division West MP) and Hon Ssegirinya (NUP, Kawempe Division North) have since September 2021 been on remand over charges of murder, terrorism and aiding terrorism during last year’s machete attacks in Masaka where close to 30 lives were lost.

On Tuesday, 22 February 2022, Justine Nakajumba, Ssegirinya’s mother, and Twahilah Akandinda, Ssegirinya’s wife were granted access to Parliament, where they met with the Director of Communication and Public Affairs, Chris Obore, pleading for his release.

On Friday, 25 February 2022, they were joined by Hon Ssewanyana’s wife, Lydia Namata, for another meeting where they reported to Parliament that they are struggling to look after their families in absence of their key providers.

The two petitioned the Deputy Speaker over the delayed trial of their husbands by the court.

Hon Ssewanyana’s wife disclosed that because of the ongoing case against her husband, her children have been stigmatized by others who keep referring to their father and his colleague as criminals.

They were accompanied by legislators; Hon Peter Mugema the MP Iganga Municipality and Hon David Kabanda the MP Kasambya County. The MPs revealed that their colleague’s children are stuck at home because they are unable to pay school tuition.

Among revealed that as parliament, they sympathize with the families and understand what they are going through in the absence of the MPs and promised to give them all the support they need as we push for a speedy trial.

The development comes at the backdrop of government deferring committal of Ssegirinya and Ssewanyana to the High Court for trial to March 10, 2022.