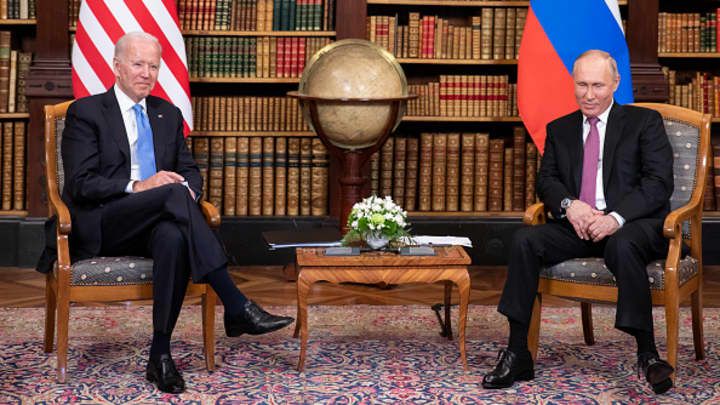 The White House revealed that US President Joe Biden agreed in principle to hold a summit with Russian President Vladimir Putin to discuss the crisis over Ukraine. The summit proposed by France talks will only take place if Russia does not invade its neighbor.

The proposed summit was announced by the French presidency after two three-hour long phone calls between President Emmanuel Macron and Putin.

The second exchange happened in the early hours of Monday Moscow time, and followed a 15-minute conversation Macron had with Biden.

President Macron’s office said details of the possible summit would be discussed during a meeting between US Secretary of State Antony Blinken and Russian Foreign Minister Sergei Lavrov on Thursday.

In a statement that confirmed the proposal, the White House also said Russia appeared to be “continuing preparations for a full-scale assault on Ukraine very soon”, and that the US was ready to impose “swift and severe consequences” should it happen.

A US company Maxar also revealed that new satellite imagery showed multiple deployments of armoured equipment and more than 150,000 troops from Russian garrisons near the border with Ukraine, indicating increased military readiness.

US officials say intelligence suggests Russia is ready to launch a military operation, which Moscow denies.

It is hoped that such talks could offer a possible diplomatic solution to one of the worst security crises in Europe in decades.