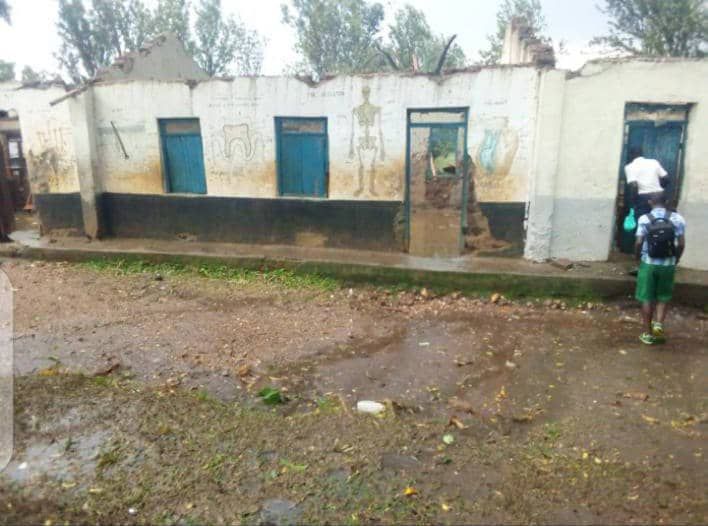 Staff and pupils at Kanoni primary school, Kanoni Sub-county, Kazo district have been left stranded after a heavy storm blew off the roof of their classrooms yesterday evening.

The heavy rain characterized by strong wind and thunderstorms destroyed several other properties in Nyarubanga, Kitongore, Rwemengo and Bwagonga parishes and Kanoni trading Centre all in Kanoni Sub-county.

Hon Ntungire Fred, the district councillor Kanoni Sub-county told our reporter that among the properties destroyed was a school block at Kanoni primary, the head teacher’s office and the staff quarters, the Sub-county office block and banana plantations among others.

Jameson Kakuru the LC III chairperson Kanoni Sub-county confirmed the disaster in this area and asked the district management and stake holders to intervene and see how best they can help the affected.