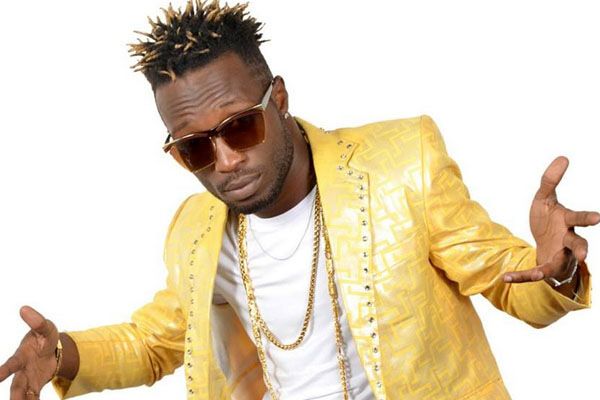 Written by kazofm.admin on February 8, 2022. Posted in Entertainment, News.

His visit to Pastor Aloysious Bugingo’s House of Prayer Ministries Church was viewed by a number of NUP supporters as a betrayal of his elder brother as Pastor Bugingo attacked Bobi Wine and his party National Unity Platform – NUP for months. However, Mikie Wine visited his church and staged an amazing performance.

Many were seen on social media hurling insults at him accusing him of being a traitor who eats with their enemy. He said he used the great opportunity to preach about NUP.

During an exclusive interview on a local Television station yesterday evening, Mikie spoke about his visit and explained that he was taken to the church by Levixone with whom they have a collabo. “Levixone called me and said that Bugingo invited him to his church. He told me there was going to be many people so it was going to be an opportunity for me to sing for them,” Mikie Wine narrated.

“I sang for them and told them about my brother Bobi Wine and NUP. We have to represent the struggle wherever we go and those people needed to also hear our message. I wanted to take ghetto to church just the way Bobi took it to Parliament. Church people also needed to see someone from the ghetto who has become successful so they can get inspired,” He explained.

“I thought Bugingo wasn’t going to allow me to step on the stage even. You can abuse me on TV but when we meet and you see how I’m a positive person, you change your mind,” He said.

Mikie Wine collaborated with Levixone on a gospel song dubbed, “Guno Omwaka” and it is receiving fair airplay.

Mikie assured Ugandans that he is still a staunch NUP member.