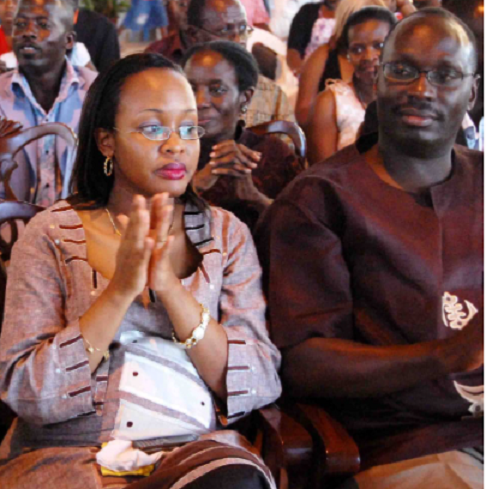 Barbra Sasha Kiwewesi, the wife to Pastor Isaac Kyobe Kiwewesi, a senior pastor at Kansanga Miracle Centre has asked her husband to give her $3,000 (UGx 10.8M) monthly. Sasha made the request through the Family Division of the High Court which she claims is for healthcare, education, and other needs of the family currently residing in the US.

The couple solemnized their marriage at Rubaga Miracle Center Cathedral on June 30, 2007 under the provisions of the Marriage Act. Their marriage was witnessed by thousands and had the wedding reception at Namboole Stadium that cost about 300m.

Sasha who has been in the marriage for 15 years says that she is also entitled to 50% of their family property. She requested for seven motor vehicles, seven plots of land, shares in several companies, savings on bank accounts and the matrimonial home in Kansanga.

Sasha also seeks an order of joint custody of their three children between 7-12 years of age.

Sasha claims that five years ago, Kiwewesi changed his character and behaviour towards her, resulting into the divorce case.

According to Sasha, her husband abandoned his matrimonial bed on several occasions without any excuse, thus denying her conjugal rights without any reasonable excuse.

Sasha also accuses the pastor of failing to provide her and the children love, care and affection, failing to communicate with her for several days and weeks, an act she says amounts to cruelty and mental torture.

Sasha says due to the pastor’s unexplainable conduct, their marriage has irretrievably broken down despite her numerous attempts to mend the relationship.

The pastor on the other hand accuses his wife of extreme partying behaviours.

The petitioner claims that her husband’s conduct prompted her and the children to relocate temporarily to the US for their own safety and happiness.

In 2019, family members and friends close to the couple initiated mediations to resolve their misunderstandings that have since been futile.