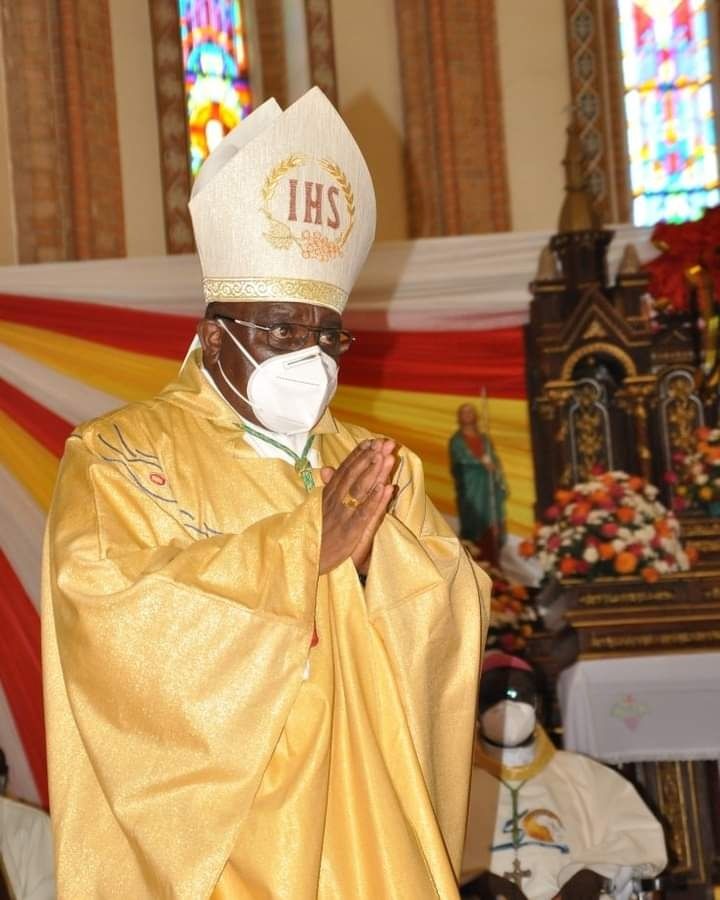 Written by kazofm.admin on January 25, 2022. Posted in National, News.

Moments after the official installation of Rt. Rev. Paul Ssemogerere, the Archbishop-elect of Kampala Archdiocese at Rubaga Cathedral, he led his first mass where he emphasized unity, tolerance and protection of land.

Ahead of his installation, Ssemogerere set off early today from Kasana-Luwero Diocese. He first attended private prayers in adoration chapel. While being received, he was given a Bible and bouquet of flowers.

Thereafter he attended mass at Our Lady of Fatima Queen of Peace in Luwero town led by Monsignor Francis Xavier Mpanga who prayed for journey mercies and blessings for Ssemogerere in his new office. Dozens of priests and Christians joined Ssemogerere’s convoy to escort him to his new calling.

Ssemogerere said that he was happy for the Christians that turned up to bid him farewell and escort him to his new office.

Around 10:30am, he was installed by Papal Nuncio Luigi Blanco as the new Archbishop of the Kampala Archdiocese. Ssemogerere expressed gratitude to Pope for entrusting him with the responsibility to lead Kampala Archdiocese and prayed for the fallen Archbishop Cyprian Kizito Lwanga to continue resting in peace.

Deputy Speaker  Anita Among pledged to give all the necessary support in her powers to the Archbishop as he serves God’s people.