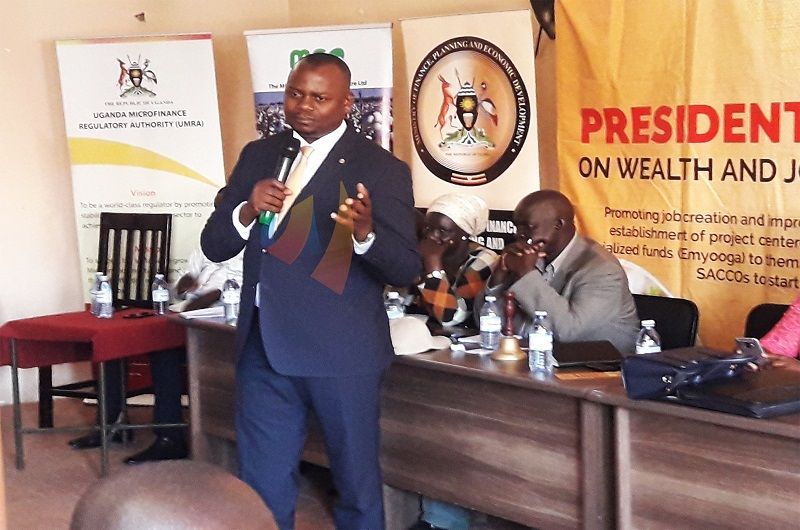 The Government of Uganda through the Presidential Initiative on Wealth and Job Creation (Emyooga Programme) has given shillings 300 million to the Obusinga Bwa Rwenzururu Emyooga SACCOs.

The shillings 300 million is meant to benefit 10 SACCOs under the Obusinga Bwa Rwenzururu. Each of the ten SACCOs will receive shillings 30 million to boost their local associations and help the members come out of absolute poverty.

Hellen Petronilla Masika, the Deputy Executive Director for the Microfinance Support Centre, a government owned institution that manages all government micro credit programmes revealed to the beneficiary group members during their training on how to use the money that was held at Collins Palm Gardens that they money had been wired on their accounts.

She however warned the beneficiaries against misappropriation of the Emyooga funds, saying the defaulters would be arrested and prosecuted.

The Obusinga Bwa Rwenzururu Prime Minister, the Rt. Hon. Joseph Kule Muranga hailed government for considering them to also benefit from the Emyooga programme and pledged to use the funds for the purpose for which they were meant.

The Kasese Deputy Resident District Commissioner, Joshua Kisembo Masereka strongly warned the beneficiaries against the continued misuse of government funds and property given to the cultural institution.