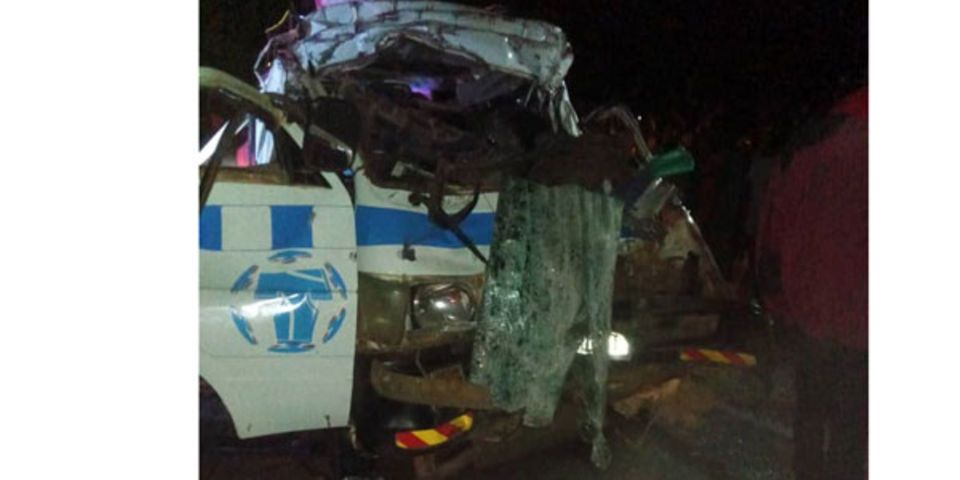 Seven people have been confirmed dead following a motor accident where a taxi vehicle REG No. UBE 902T crashed into a trailer REG No. SSD 078U/ SSD 773A at Kyampisi village along Kampala-Gulu highway in Nakasongola District.

Isah Semwogerere, the Savana Regional Police spokesperson told the press that both vehicles were moving in the direction of Gulu when the speeding taxi crashed into the slow moving trailer. Seven people and all occupants of the taxi vehicle died while two people were rushed to health facilities in critical condition. The identities of the deceased persons are yet to be determined.

Musa Kayongo, an eyewitness, told reporters that residents struggled to cut through the wreckage of the taxi to save lives.

Kayongo said it was a struggle and they could not save any more lives. He says that the taxi driver was over speeding and possibly failed to control his car that was approaching the trailer that was moving in the same direction.

The police transferred bodies of the deceased persons to Nakasongola Health Centre IV mortuary for postmortem.