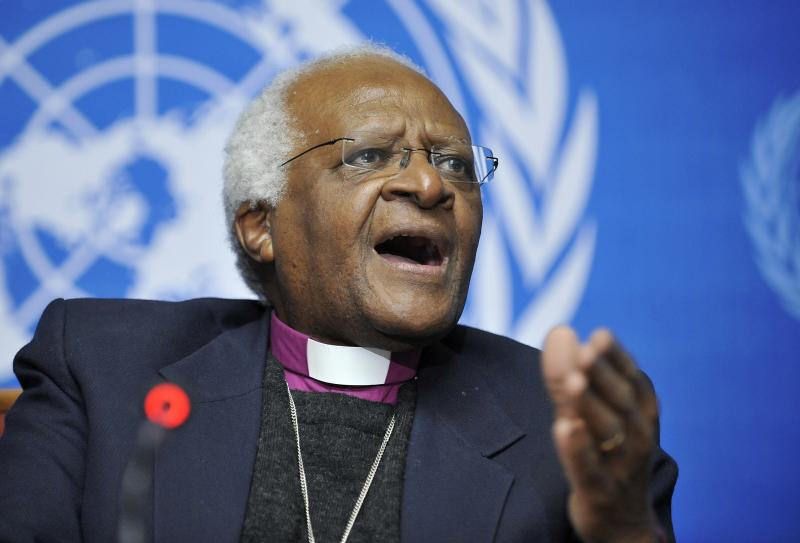 Inside life of Archbishop Desmond Tutu

Legacy and timeline of the South African Archbishop Desmond Tutu.

Desmond Mpilo Tutu was born on 7th/10/1931 in Klerksdorp, near Johannesburg.

In 1947, at only 16 years, he contracted tuberculosis, as he recuperated he was visited by Trevor Huddleston, a British Anglican pastor working in South Africa.

In1955, he got married to Nomalizo Leah Shenxane and began teaching at a secondary school in Johannesburg.

In 1961, he was ordained as a minister in the Anglican church, after quitting teaching with disgust at South Africa’s apartheid government’s inferior education for Blacks.

In 1962, he opted to study theology at King’s College London.

In 1966, he returned to South Africa to teach at a seminary in the Eastern Cape.

In 1975, he became the Anglican church’s first Black dean of Johannesburg.

In 1976, he served as Bishop of Lesotho and strongly voiced criticism of apartheid in South Africa.

In 1978, he became the general-secretary of the South African Council of Churches and achieved global prominence as a leading opponent of apartheid, supported economic sanctions to achieve majority rule in South Africa.

In 1984, he won the Nobel Peace Prize. “There is no peace in southern Africa. There is no peace because there is no justice. There can be no real peace and security until there be first justice enjoyed by all the inhabitants of that beautiful land,” Tutu said in his acceptance speech.

In 1985, he became the first Black bishop of Johannesburg.

In 1986, he was ordained the first Black Anglican Archbishop of Cape Town.

In 1990, he hosted Nelson Mandela for his first night of freedom after Mandela was released from prison where he had been held for 27 years for his opposition to apartheid. Mandela called Tutu “The peoples’ Archbishop.”

In 1994, he voted in South Africa’s first democratic election in which all races could cast ballots.

In 1995, President Nelson Mandela appointed Archbishop Tutu to be chairman of the country’s Truth and Reconciliation Commission.

In 1996, Archbishop Tutu retired as prelate, the Anglican church gave him the title of Archbishop Emeritus of Cape Town.

In 1997, he was diagnosed with prostate cancer and publicly announced it to help with public awareness of the disease.

In 1998, Truth and Reconciliation Commission published its report, putting most of the blame for abuses on the forces of apartheid, but also found the African National Congress(ANC) guilty of human rights violations. The ANC sued to block the document’s release, earning a rebuke from Tutu.

2013 – Launches international campaign for LGBTQ rights in Cape Town. “I would not worship a God who is homophobic.”

On 12th July, 2014, Urged the British parliament to allow assisted dying, saying “the manner of Nelson Mandela’s prolonged death was an affront.”

On 7th October, 2021,Archbishop Tutu attended his 90th birthday celebration at St. George’s Cathedral in Cape Town where he was seen frail, in a wheelchair, .