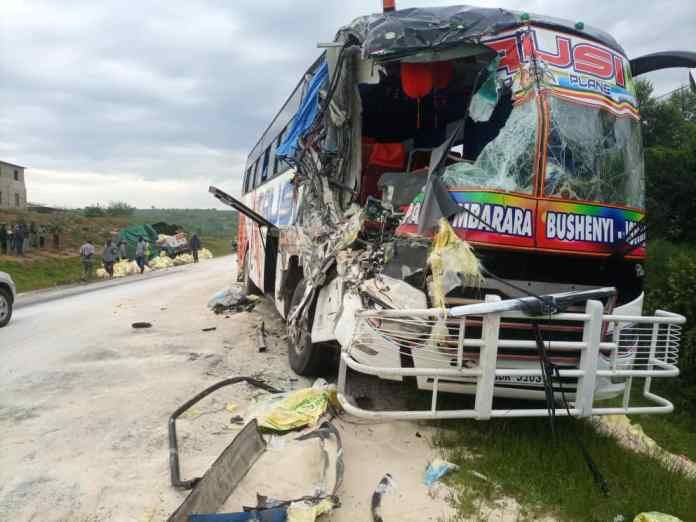 One dead in fatal car accident along Mbarara-Lyantonde Road.

One person has been confirmed dead and several others injured in a fatal accident that occurred today along Mbarara-Lyantonde road.

Police identified the deceased as Tinfayo Siraji, the bus driver who was driving a TAUSI BUS Reg No. UBK 516S that was involved in the accident. The bus was from Ishaka/Mbarara heading to Kampala when it collided with a Fuso lorry Reg. no UBD193P heading to Mbarara.

It is alleged that the Fuso lorry loaded with Sugar going to Mbarara was trying to overtake an unidentified Wish car in a corner.

The body of the driver has been taken to Lyantonde hospital mortuary while the injured were rushed to Lyantonde Hospital for emergency care.